Warli painting is a style of tribal art mostly created by the tribal people from the North Sahyadri Range in India. This range encompasses places such as Dahanu, Talasari, Jawhar, Palghar, Mokhada, and Vikramgad of Palghar district. This tribal art originated in Maharashtra, where it is still practiced today.

The Warli culture is centered around the concept of Mother Nature and elements of nature are often focal points depicted in Warli painting. Farming is their main way of life and a large source of food for the tribe. They greatly respect nature and wildlife for the resources that they provide for life. Warli artists use their clay huts as the backdrop for their paintings, similar to how ancient people used cave walls as their canvases.

These rudimentary wall paintings use a set of basic geometric shapes: a circle, a triangle, and a square. These shapes are symbolic of different elements of nature. The circle and the triangle come from their observation of nature. The circle represents the sun and the moon, while the triangle is derived from mountains and pointed trees. In contrast, the square appears to be a human invention, indicating a sacred enclosure or a piece of land. The central motif in each ritual painting is the square, known as the "chauk" or "chaukat", mostly of two types known as Devchauk and Lagnachauk. Inside a Devchauk is usually a depiction of Palaghata, the mother goddess, symbolizing fertility.

This video is part of a series of art tutorial videos that “Khula Aasmaan” has been creating for children, college students, parents and teachers. The painting videos will also be of great value to hobby artists, amateur artists and anyone interested in learning painting. 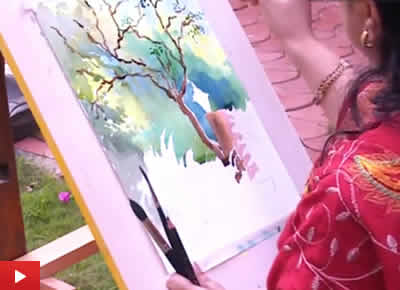 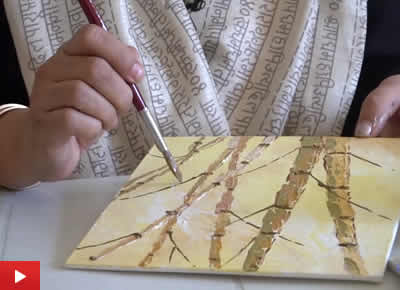 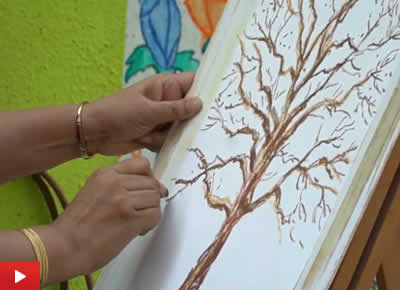 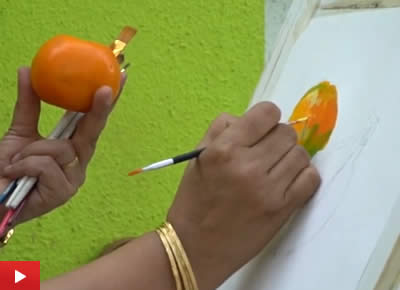 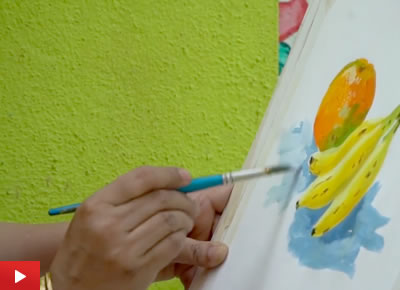