See portrait demonstration using acrylic on canvas (part 1) by senior artist Vasudeo Kamath, organised by Indiaart Gallery, Pune. This is the second part of the four part painting demo videos from start to finish of the portrait painting process.

From his early childhood, young Vasudeo had a strong interest in drawing. His left handed doodlings were the first expressions of the artist hidden within him.

After schooling, he joined Sir J. J. School of Art, in Mumbai. Sir J. J. School of Art provided him the platform to prove his talents. Awards and rewards followed his dedicated efforts. The shining milestone was the G. D. Arts with First Class First Distinction. Since then, he has been relentlessly sketching, painting with all devotion and dedication. This has built up his creativity on a solid foundation rooted in perfection of drawing.

Although oil on canvas and watercolor on handmade papers happens to be his preferred medium, he also enjoys painting with acrylics and oil and soft pastels. Ever since his academic days, he loves painting landscapes on location and portraits from life. He also creates conceptual paintings based on his ideas of what he firmly believes in and what he always stands by. In addition, in the subjective paintings, he tries to bring out the mythological and historical subjects with detailed study and realistic depiction of that era. 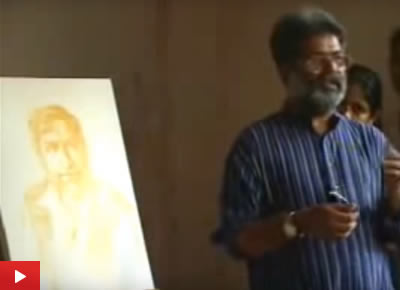 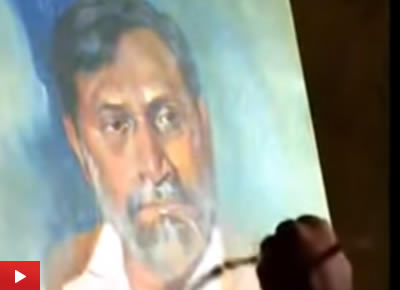