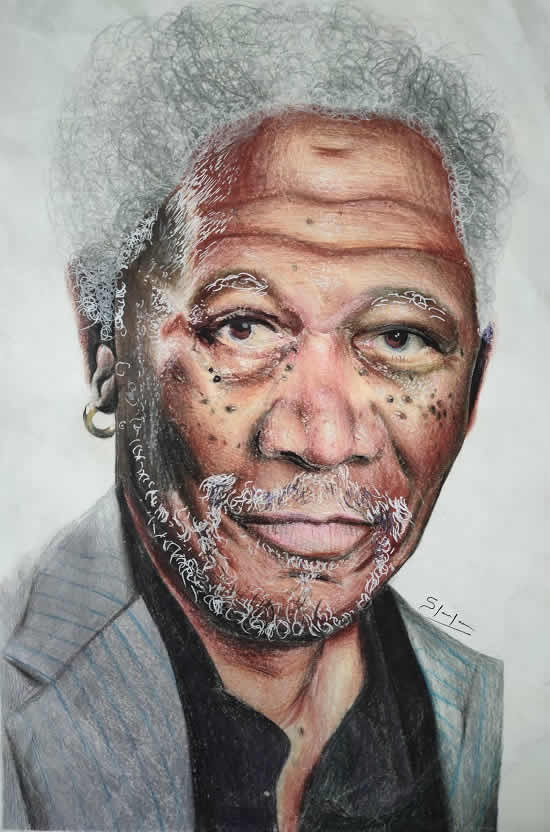 Title: Morgan Freeman
Medium: Colour pencils on Paper
Size - A3
Artwork Description : This portrait is of Morgan Freeman who is a famous American actor.This portrait is made with coloured pencils and used a gelly roll pen for highlighting its beard and some part of the skin. Drawing is on 140 GSM paper. I have focused on the skin tones and the eyes. I have layered 3 to 4 times to make it brighter and dip at some places. It took approximately 8 to 10 hours to complete this portrait.

Shriraj Chavan on his painting of Morgan Freeman

Morgan Freeman is an American actor, director, and narrator. He has appeared in a range of film genres portraying character roles and is particularly known for his distinctive deep voice. Freeman is the recipient of various accolades, including an Academy Award, a Golden Globe Award, and a Screen Actors Guild Award. Some of his notable film performances include films like Driving Miss Daisy, Unforgiven, The Shawshank Redemption, Amistad, Million Dollar Baby, Invictus, The Dark Knight Trilogy.