You are here Artists Milon Mukherjee 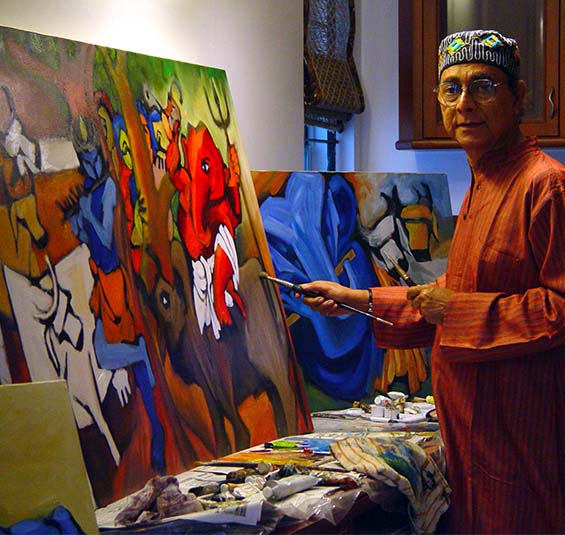 Born in Calcutta, Milon took his diploma from the Government College of Art & Craft in the city of joy. He completed his Intermediate Arts with Special Bengali from the Calcutta University. Milon travelled widely during the 60's and the 70's through the Himalayas and Europe through Italy, France, Germany, Switzerland, Spain, Sweden and England.

In 1972, he painted and held his first successful exhibition in Paris, the city of Art. He worked with the Times of India, Mumbai, for two decades as Artist / Illustrator. During 1976 - 78, Milon travelled through Kuwait, Malaysia, Thailand and Singapore, and that is when the Indo - German Society bestowed on him the Prof. Langhammer "Painter of the Year Award". In 1980, the Government of Jammu & Kashmir invited him to participate in an "All Artists Camp" in Kashmir.


Milon's creative talent extends to the literary sphere as well. Premier Bengali literary magazines have published many of his short stories, some of which have been translated into Hindi and English for the Illustrated Weekly of India, Dharmayug, Mirror, and the Indian Express. Select stories have been translated into Russian, Oriya, Malayalam, Kannada Telugu and Urdu as well. The University of Kerala has included one of his short stories in its syllabus. More than a dozen original novels in Bengali feature in his list of literary achievements.

During 2001 he travelled through Australia and painted his own "Fantasy : Indian Mythology" on invitation by Norton Gallery, Sydney. Milon’s paintings are part of several individual and corporate collections.

Article on Milon by Ashok Roy

If you ever revisit Michelangelo, bring back some letters from that grand panoramic name. Take the M, the I. Take an L. Grab the O and pick up the N, rearrange these melodic, pulsating letters on the stretched canvas of changing times. And suddenly, you have Milon.
The frontal facet I noticed about Milon, when I first met him about three decades ago was this Michelangelo-like versatility. The capacity and the propensity to straddle many wild horses within a day's journey. This is a rare thrill that has torn and ripped many artists within the confined frames of their lifetimes. And it has also made legends out of the likes of Leonardo da Vinci, Picasso and Satyajit Ray. Milon has travelled this path with full knowledge of the two possibilities. And I must say he has not only drawn sap and blood from this inner chemistry of versatility, but he has been able to invest time and torment into each gifted quality like a loving parent.

He has lent his silken voice to the professional world of audio. He has acted sensitively in theatre and television. He has produced a significant body of poetry. He has sketched and illustrated with flair. And of course he has romanced the stretched canvas with passion.

Only in the highly unlikely event where admirers and critics from all these diverse fields might meet and exchange notes, can Milon's true evaluation be attempted. Until then the followers of fine art can marvel at the range and depth of Milon, the painter. Milon's paintings have been a colourful harvest of the angst and energy he has sown in the furrows of his challenging and eventful life. He has seen, lived and embraced life with open arms and an open mind.
Blood, sweat and tears have lent a rare fluency to his lines. His sketches have radiated the heat of burning charcoal. From the linear to the spatial, from the critical to the eclectic, from the topmost topical to etchings of the eternal, Milon's stages and styles as the evolving painter have been a dynamic reflection of his mercurial versatility.
His themes have stretched the colourful rainbow and have shot whistling arrows at the heart. From hunger to solitude, from turmoil to music, Milon's furious brush strokes have challenged the art collector's cosmetic conventions. With an unstated disdain for the emperor's crown, Milon has time and again opted for the life of the gladiator.
He has travelled the world of his preference, and has painted in cities like Dubai, Kuwait, Sydney and Paris. His one man shows have dotted far wider longitudes and his canvases are in the private and corporate collection of the expanding new world of Indian art.
A Bengali at heart and an Indian in his roots, Milon lives and works in the glittering metropolis of Mumbai. Where staying alive and staying true are achievements he celebrates with dancing lines and bursting colours, against the conjured backdrop of frenzied and rustic drumbeats of an unsung India. 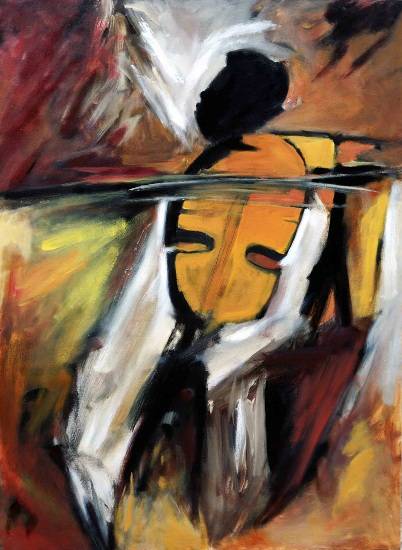 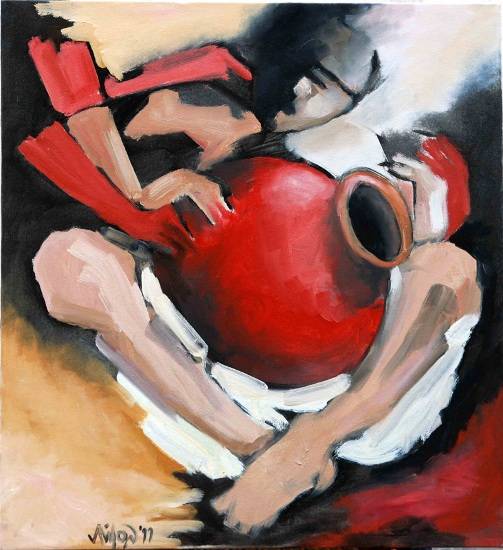 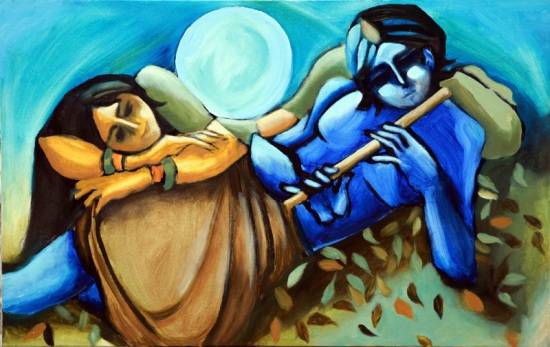 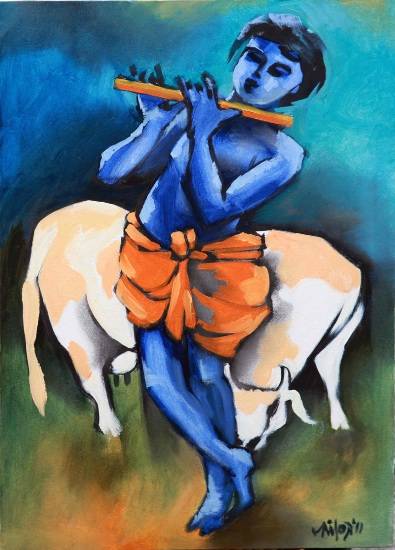 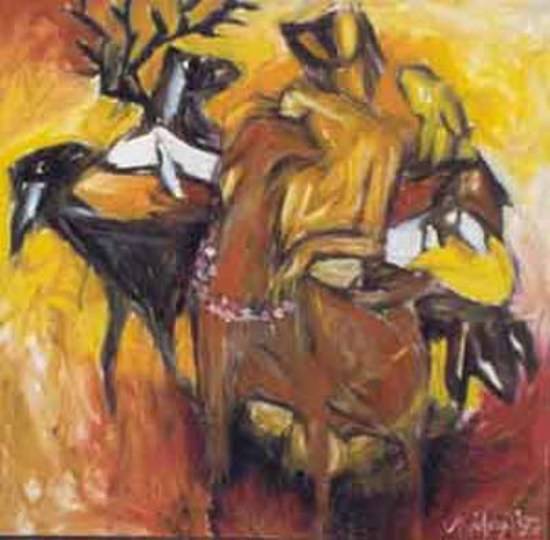 Boy and his goats 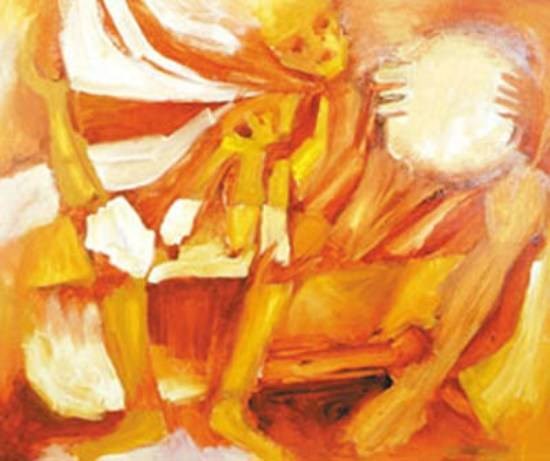