Cityscape is a theme for Khula Aasmaan international free online drawing and painting competition for children, young adults and other age groups. Cityscape is an artistic impression such as a painting, drawing, print or photograph of a city or urban space. It can be said that it is the urban landscape. A townscape is similar and the only difference would be due to the difference in the character of a city and town due to its expanse and size of the population.

The history of cityscapes dates back to the first century A.D. In the middle ages, cityscapes were used as a background for portraits and biblical themes. From the 16th up to the 18th century numerous copperplate prints and etchings were made showing cities in bird's eye view. Around the middle of the 17th century, cityscapes became popular in the Netherlands. Cities like Amsterdam, Haarlem and The Hague were popular subjects for paintings. Artists from other cities followed the Dutch example. Venice emerged as a favourite subject for painters in the 18th century. The impressionist artists painted the atmosphere and dynamics of day to day life in the cities towards the end of the 19th century. The 20th century saw the attention shifting to abstract and conceptual art, thereby reducing the focus on cityscape art. Aerial cityscapes seems to be the new trend emerging in the genre of cityscape art.

Here are a few shortlisted cityscape drawings and paintings from the previous Khula Aasmaan drawing and painting competitions. 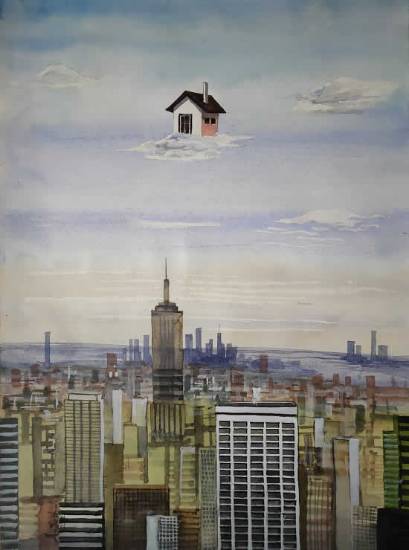 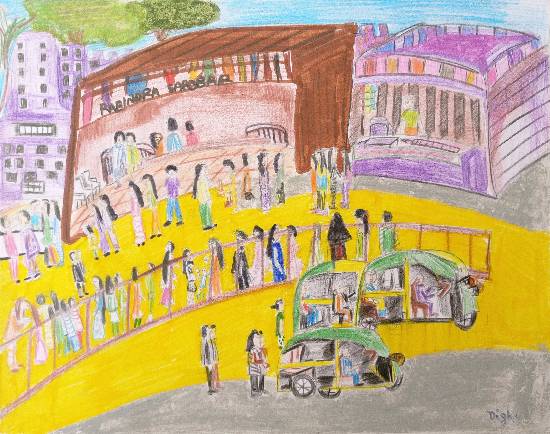 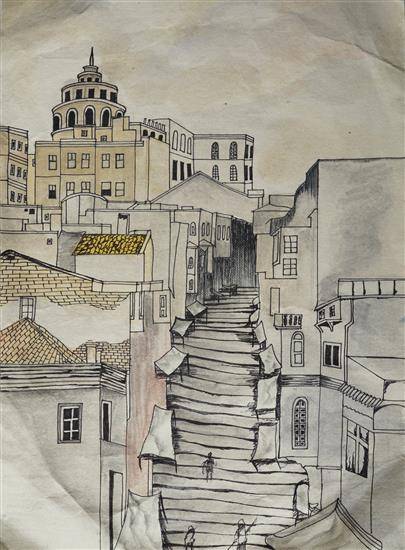 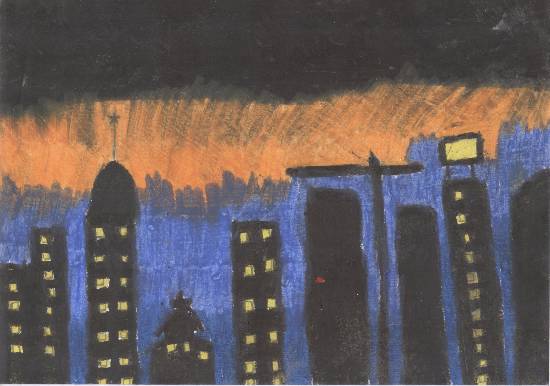 See other artworks related to this theme.

Participate in the art contest